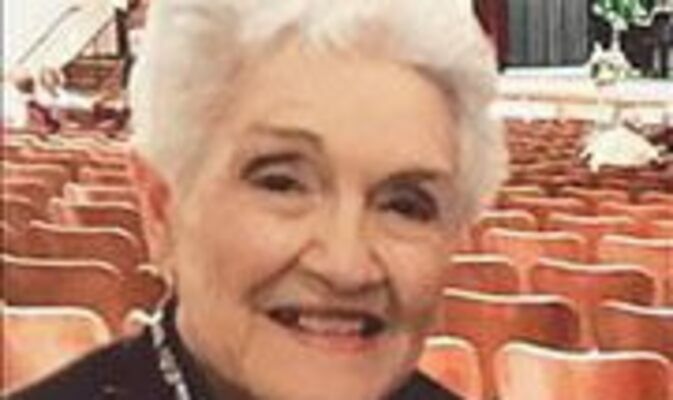 Carolyn Ruth Cole Pound was born to Tommy Lee (Doc or T.L.) Belase and Ruby Mae Brown on August 6, 1933 in Oney Oklahoma. She passed on July 9, 2022, at Integris Hospital in Edmond at the age of 88. She attended school in Alfalfa and Carnegie. On June 25, 1950, Carolyn married Eugene Weldon Cole. They had two sons, Adrian and Trenton Cole. Carolyn also adopted her two grandsons, Travis and Chancey Cole, and became more of a mother to them than a grandmother.

Carolyn worked for Liberty Drug as a sales clerk, and the Farmers Bank as a bookkeeper. After her work at the bank, she started working for the Oklahoma Department of Human Services in Anadarko as a Social Worker and supervisor where she worked until she retired. Eugene passed in 1991. In 1994, she married Wayne Pound. Wayne passed in 2012. Carolyn has lived most of her life in Carnegie. Last year, her family moved her to Edmond where she lived in Villagio Assisted Living at Bradford Village.

Carolyn was an incredible lady with a deep faith in Christ and was active in the Methodist Church. She was a gifted seamstress, artist, quilter and a friend and guide for so many. At the center of her was love, grace, forgiveness and acceptance.

She was preceded in death by her parents, her husbands, and her youngest son, Trenton Eugene Cole.

Funeral services were under the direction of Ray & Martha's Funeral Home, Carnegie, OK.