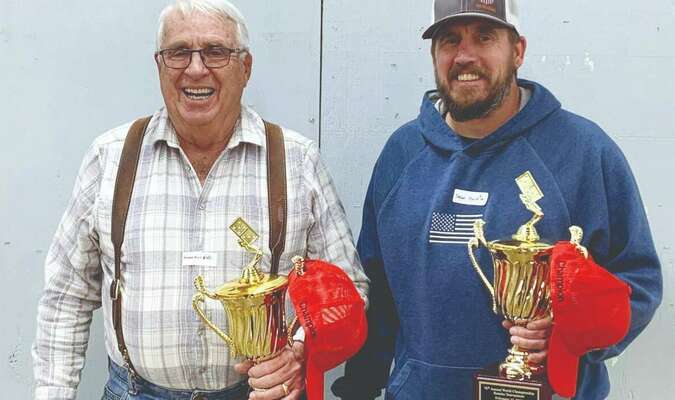 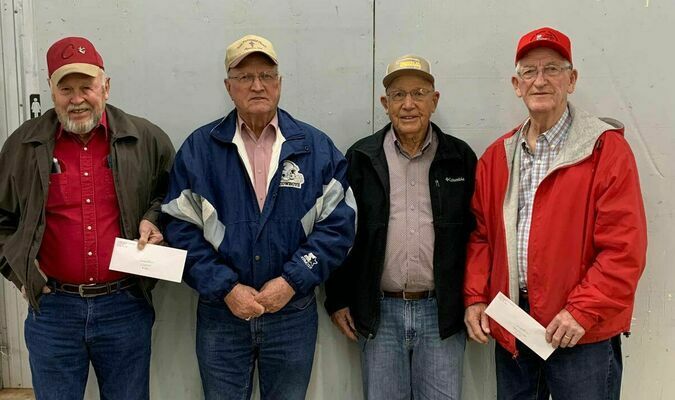 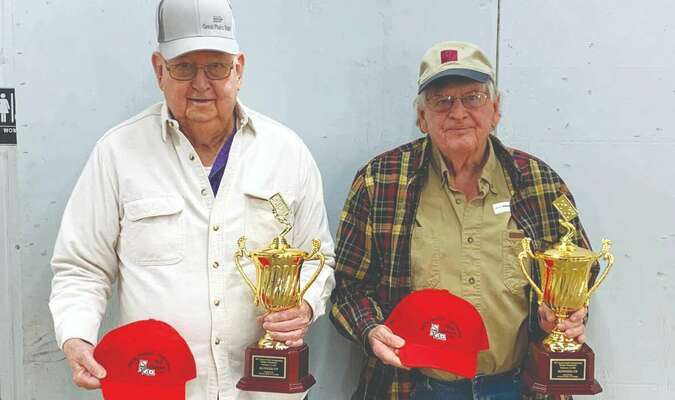 The 2022 Carnegie World Domino Championships literally went to the Byrds this past Saturday. Dennis and Jason Byrd, that is.

The two outplayed a large field of domino players from through the U.S. on Saturday at the Vernon Crose Memorial Building in the city park to claim top honors at the 78th Annual World Championship Domino Tournament. In all, more than 80 players - 40 teams - competed in the event.

For the Byrds, the win was a historic one. Both became first-time winners of a tournament that has been held since 1945.

Carnegie Chamber of Commerce President Randy Turney said he thought the tournament went well, even though the overall number of participants was down.

"I think it (the number of teams) was good," said Turney, who joined other Chamber memories in honoring longtime tournament volunteer Fred Willits. "It wasn't where it has been in the past, but it was good considering we're in a pandemic."

Willits, who had worked the event for almost two decades, passed away on the Wednesday prior to the tournament. (See his obituary on Page 2).

Dennis Byrd, a resident of Lookeba, and Jason, a resident of Hinton, nailed down the world title honors by defeating Jim Sanders and Steve Wilson in the final round.

A pair of familiar face did well in the consolation tournament. Apache's Bob Muse and Fort Cobb's Joe Remy finished atop the buy-in tournament. Muse and Remy previously teamed to win the 2020 world title. The two defeated Harold Waldon and Butch Terrell, both of Prague.