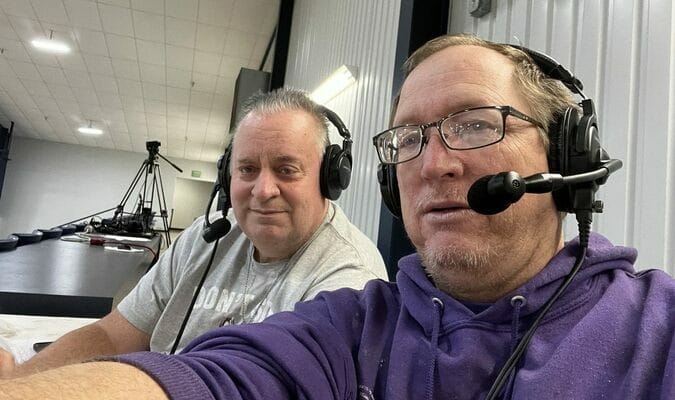 Carnegie High School basketball fans that won't be able to make the trip to Anadarko next week to watch the 2023 Caddo County Basketball Tournament won't have to miss much ... thanks to the Carnegie Herald.

The Herald, through its Caddo Sports Broadcasting Network, will be broadcasting the area games throughout the week. The tournament is scheduled to kick off of Monday, Jan. 16, in the Anadarko Fieldhouse.

The Wildcats, now ranked No. 13 in the latest OSSAA Class A poll, will begin their run in the tournament on Tuesday, beginning at 7:45 p.m. The CHS boys will face their winner of Monday's first-round matchup between Mountain View-Gotebo and Cement.

A win on Tuesday could send Carnegie into a matchup with ninth-ranked Boone-Apache in the semifinals on Friday. Carnegie and Apache have already played three times this season.

The Fort Cobb-Broxton Mustangs will also be in action. The Mustangs will face off against either Lookeba-Sickles or Gracemont on Tuesday, starting at 5:15 p.m.

State=ranked Hinton will play Cyril in the boys' other first-round game, beginning at 6:45 p.m.

The Carnegie girls will tip off play in the Caddo County tournament at 10 a.m. on Monday, Jan. 16, with a first-round matchup with Cement. The winner of the Carnegie-Cement bout will advance to face Lookeba-Sickles on Tuesday.

The Lookeba-Sickles girls head into the tournament as one of the top teams in the state. The Lady Panthers are ranked No. 6 in the Class B polls with a 12-3 record.

The Fort Cobb-Broxton girls will play Binger-Oney at 3 p.m. on Monday. The MV-G girls will square off against Apache at 6:30 p.m.

Herald editor Tommy Wells and CHS alum Robert Gilbert will be calling the action for the area games.

To listen to games, simply go to the Carnegie Herald's website (www.carnegieherald.com) and click on the sports logo. From there, you will be taken to the Caddo Sports Broadcasting page. Click on the "listen live" tab by the game you wish to hear.

Do you remember when?

H-E's Slagell wants to keep winning with her he...